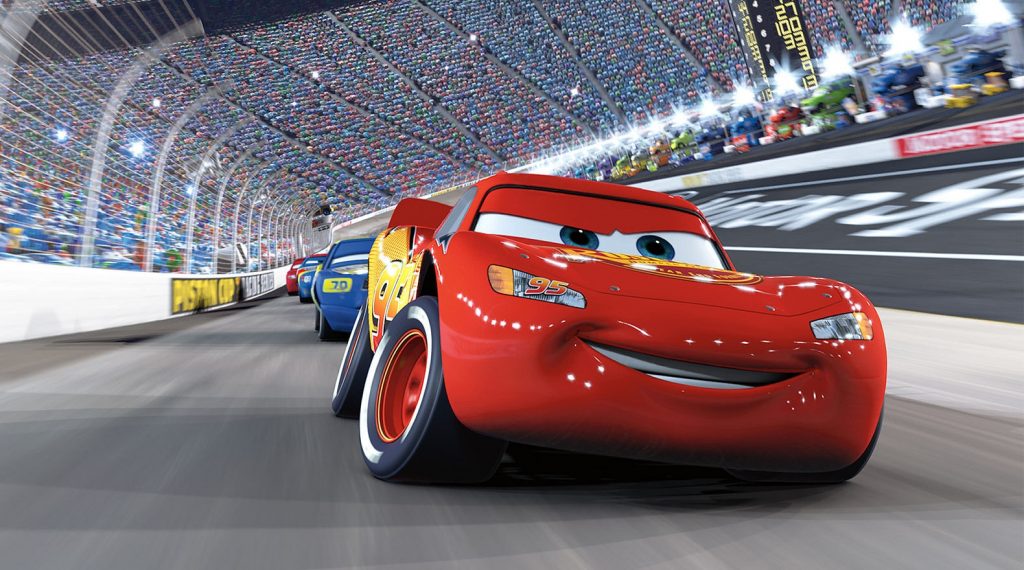 Watching Donald Trump struggle to make good on his extravagant campaign promises, I am reminded of the opening scene in Pixar’s Cars. Hot rod Lightning McQueen attempts to win the Dinoco 400 by ignoring the advice of his “expert” pit crew, who demand that McQueen change his tires. Announcers Darrel Cartrip and Bob Cutlass describe the situation as McQueen pulls out of yet another pit stop with only a fill-up:

Darrel: Looks like it’s all gas-and-go for McQueen today.

Darrel: Normally I’d say that’s a short-term gain, long-term loss, but it sure is working for him. He obviously knows something we don’t know.

But he doesn’t. McQueen blows first one tire, then another, and bounces to the finish line on his rims. He finishes in a three-way tie, which sets up the rest of the film. But for the rookie mistake, McQueen might have driven away with the Piston Cup.

Not changing your tires in an auto race is like not hedging your campaign promises in an electoral contest. You can say you are going to build a beautiful wall and have Mexico pay for it, impose a “total and complete shutdown of Muslims entering the United States,” replace Obamacare with “something terrific,” or whatever you think the people at your rallies want to hear. Doing so may give you a lead, and even win you the race. But unlike the Dinoco 400, the contest doesn’t end when you cross the finish line. Voters expect you to actually deliver on your campaign promises.

Seasoned politicians understand this and try not to make high-profile promises they can’t keep. But Trump’s a rookie, and either because of his ignorance of how government works, or because he didn’t do the backward induction, he created expectations among his supporters that will be very difficult to meet. It may have looked like he knew what he was doing, but we’re now three weeks into the Trump presidency, and the wheels are already coming off.

Postscript: There is a moral for political economists in this story. The typical model in the Downsian tradition assumes that the “platform space” and the “policy space” are identical—candidates can (indeed, are assumed to) implement any promise they make. To me, that seems like equilibrium behavior masquerading as an assumption. On the equilibrium path, politicians don’t make promises they can’t keep, presumably because voters punish politicians who don’t keep their promises. Anticipating that, it is reasonable for voters to infer that any promise a candidate makes is one that he can keep. Donald Trump is way off the equilibrium path.