It is a tradition at UW for faculty to attend the last lecture that a colleague gives before retirement. Today it was our turn to send off Byron Shafer, Hawkins Chair of Political Science and author of numerous books on American politics—most recently, The American Political Pattern: Stability and Change, 1932-2016.1 Byron’s lecture centered on this monograph’s thesis that the past 85 years of American politics can be neatly divided into four distinct eras: the High New Deal Era (1931-1938), the Late New Deal Era (1939-1968), the Era of Divided Government (1969-1992), and the Era of Political Volatility (1993-present). Each era is characterized by a particular party balance, ideological polarization, and substantive conflict, which together imply a policy-making process that is distinct from that in other eras.

We live in the Era of Political Volatility (no kidding), in which the parties are remarkably balanced (neither Republicans nor Democrats have a lock on the presidency or Congress), politics is extraordinarily polarized, and substantive conflict is waged in what seem to us familiar terms. The policy-making process that emerges may seem horribly gridlocked, but Byron asserts that in fact average output is similar to that in other areas—it just comes in spurts during the first two years of a presidency, in bills loaded up with unrelated items, passed with partisan majorities before the president’s party inevitably takes a drubbing in the midterms.

My question for Byron was this: To the extent that he mentioned Trump at all, it was to suggest that the current political moment is just a continuation of the era that began with Bill Clinton and the Gingrich Revolution. Could he entertain the notion that we have entered a new epoch? His response: It takes some distance to know that you have passed from one era to the next. That said, if, as seems likely, the Democrats seize control of at least one house of Congress this year (and especially if Trump then wins reelection), it will seem like just more of the same.

This is a remarkably different telling from the contention among many comparativists that Trump’s election, and his conduct as president, represent the rise of a new American populism and the decline of traditional democratic norms. But it seems to me that there is a way to square the circle. The old norms have been in decline since Newt Gingrich beat Ed Madigan 87-85 in the race for minority House whip. Trump is just the logical conclusion of this process. What is yet to be seen is whether the current political moment leads to a permanent scrambling of any of Byron’s three inputs (substantive conflict seems most likely, with a protectionist Republican in the White House) and consequent remaking of the policy-making process. This assuming, of course, that the basic constitutional framework that Byron takes for granted remains intact. 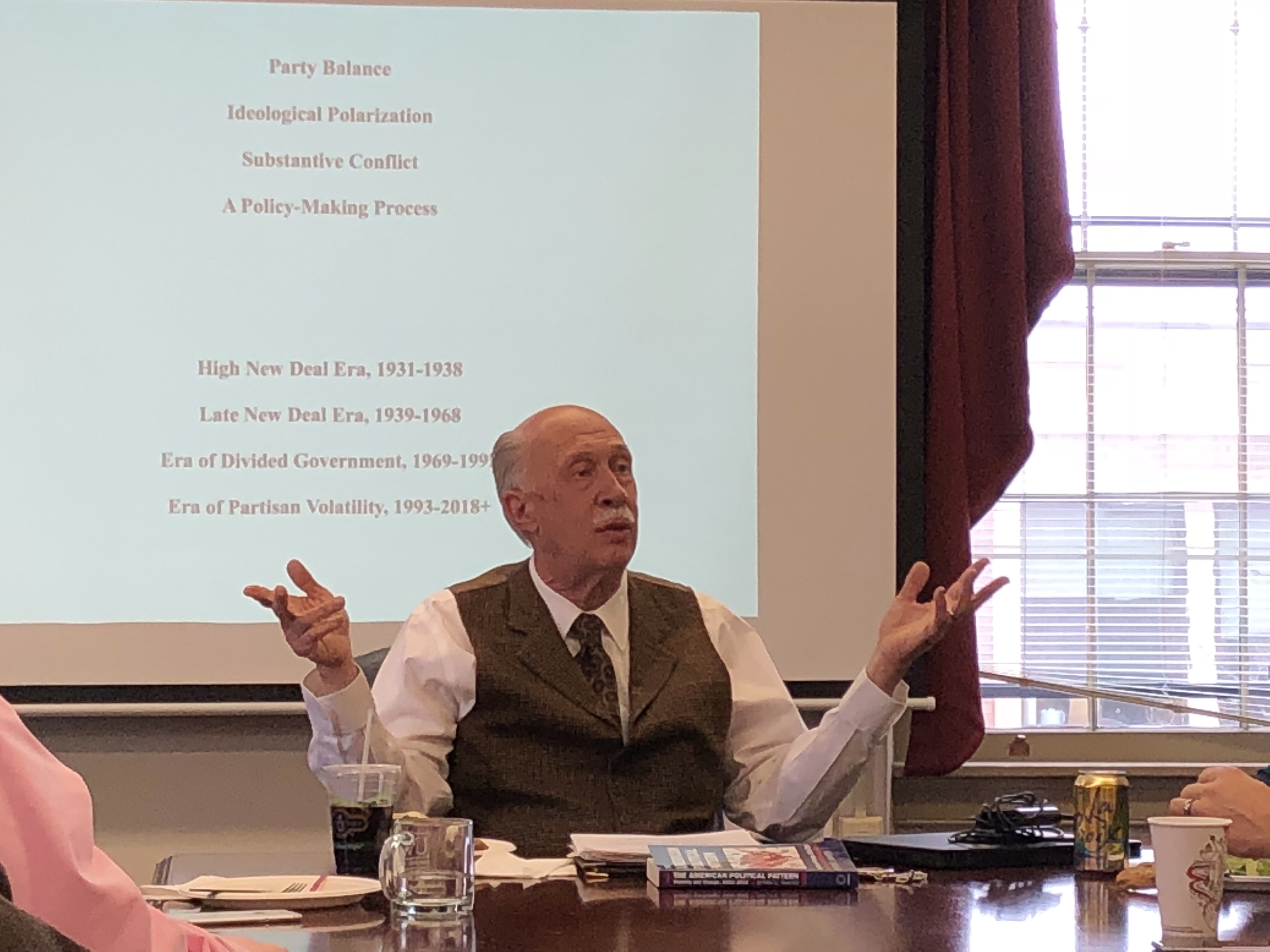