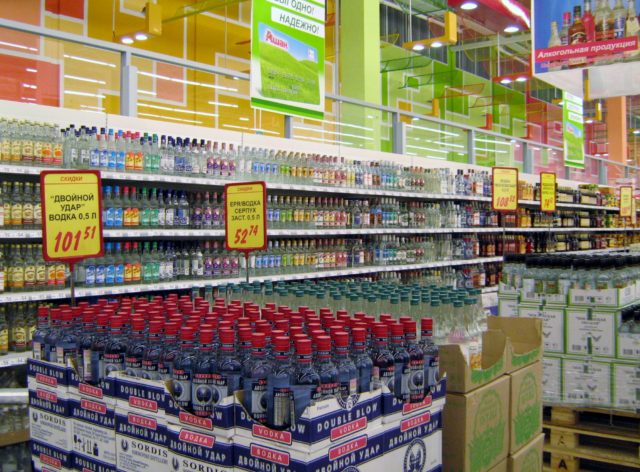 The New York Times published an interesting pair of reports on Tuesday. The first related a recent study in Health Affairs that documents a staggering, and unexpected, decline in hospital admissions since the arrival of COVID in the United States earlier this year. With the important exception of those areas where COVID infections are spiking, hospital beds are sitting empty, as admissions have declined for ailments ranging from asthma to pneumonia to heart attacks. Increased exercise and improvements to air quality—I remember both during my Parisian lockdown earlier this year—may be driving much of the decrease.

Then again, maybe not. The second story reports on estimates of “excess mortality” by the Centers for Disease Control. According to the CDC, there have been 300,000 more deaths this year than would have normally been anticipated—this against the backdrop of 216,025 deaths officially attributed to the novel coronavirus. Some of the difference may be due to fear of contracting COVID in a hospital setting, leading even seriously ill patients to defer medical care.

Understanding the health impact of COVID is difficult because the pandemic is an economic as well as a health crisis. When U.S. states first started locking down, some policymakers and pundits predicted large negative consequences for public health. Peter Navarro led the charge from the White House, warning of the “very significant losses of life and blows to American families that may result from an extended economic shutdown.” Others disagreed, pointing to large improvements to population health during the Great Depression, which saw output declines of a similar magnitude.

We have been down this road before. The argument that economic collapse increases mortality echoes claims made during one of the most important economic events of the past half-century: the transition from centrally planned economies in the ex-communist countries of Eastern Europe and the former Soviet Union. In the worst-affected areas, the “transition depression” saw declines in output larger than in the United States during the Great Depression. Coincident with this economic collapse was a large spike in mortality among working-age men. It seemed as if shock therapy was killing the patient.

In a much-publicized article in the Lancet, David Stuckler, Lawrence King, and Martin McKee offered a particular version of this thesis: that mass privatization of formerly state owned enterprises led to increased unemployment, which in turn contributed to social stress (not directly observed) and thus mortality. “Mass Murder and the Market,” trumpeted the Economist. Post-Soviet reformers and their foreign enablers were guilty not just of economic mismanagement but of manslaughter.

Or were they? Here’s a little secret: medical journals are better equipped to handle randomized control trials than they are observational studies using country-level aggregates. What Stuckler, King, and McKee did made superficial sense—regressions on a country panel with two-way fixed effects—but as John Earle and I subsequently showed (in a letter to the Lancet, and then in this full paper), the Lancet study was a classic case of failing to check for differences in pre-existing trends. The estimated effect of mortality is substantially attenuated if one corrects for these differences. And it disappears entirely if we assume that it takes at least a year after privatization for men to lose their jobs, become unhealthy, and die.

Anyway, we can do better than cross-country analysis. In Russia, as John and I showed, some regions pursued mass privatization more aggressively than others—and the extent of privatization is uncorrelated with changes in mortality among working-age men. Nor do we see any pattern if we disaggregate mortality by cause of death. I could go on. If you’re interested, check out the complete exchange in the Lancet, which also includes a strong critique of the privatization thesis by Christopher Gerry, Tomasz Mickiewicz, and Zlatko Nikoloski.

So, if not mass privatization, what does account for the mortality spike among working-age men in some postcommunist countries during the early 1990s? Many of these men were drinking themselves to death, so it is reasonable to ask what was happening to alcohol markets during this period. Remember Gorbachev’s anti-alcohol campaign? That saved a lot of lives in the short run. But when effective prohibition ended,1 some of the men who would have otherwise died five years earlier died then. That catch-up presents itself as a mortality spike. And here’s the kicker: The spike is less pronounced in ex-Soviet republics with large Muslim populations—anti-alcohol campaigns are less consequential for public health where people are less likely to drink to begin with. Jay Bhattacharya, Christina Gathmann, and Grant Miller have a nice paper that demonstrates this. Meanwhile, price regulation in a context of general hyperinflation resulted in a dramatic fall in the relative price of alcohol. Daniel Treisman shows that variation across regions in the extent of this drop does much to explain variation in mortality.

What’s the moral of this story? In postcommunist countries, there was no simple mapping from economic output to health outcomes. Nor would I expect one in the current crisis. With the economy disrupted in massive and differential ways, the impact on health is hard to pin down. Scholars will be working for years to understand life and death during the COVID pandemic.

1 Witness the very non-Soviet display of vodka in the image at the top.