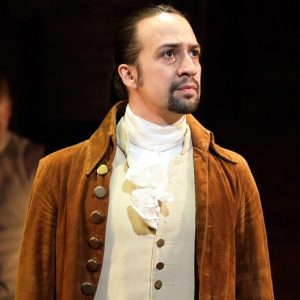 Blogging took a back seat over the holidays, but I’m back and ready to talk…Hamilton. I’ve been hooked since hearing the soundtrack for the first time last summer, and earlier this week we saw the show in Chicago. Seeing Hamilton on the stage definitely brought out a few elements not obvious from the cast recording (and man oh man, did Alexander Gemignani as King George steal the show), but there is a reason that kids everywhere are memorizing the lyrics—the songs are the essence of the work. 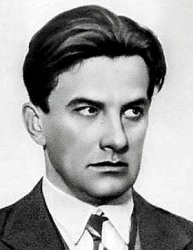 My wife is a particular fan. Having been raised on Russian poetry, she has never quite understood English-language free verse. Lin-Manuel Miranda’s lyrics are oddly more familiar. Hip-hop is street verse with a beat, not unlike the work of Russian Futurist poet Vladimir Mayakovsky. Compare this couplet from one of Mayakovsky’s better-known poems:

with this rap from “My Shot”:

Scratch that, this is not the moment, it’s the movement
where all the hungriest brothers with something to prove went.

You can snap your fingers in 4/4 time to Mayakovsky as easily as you can to Miranda. In each case, you have a surprising, almost outrageous, street rhyme: “svetit’ vezde” (everywhere) and “nikakikh gvozdei” (no nails, i.e., no questions), “movement” and “prove went.” Not least, there is the attitude: Mayakovsky raps that his slogan is “shine to the last days,” just like the sun; Hamilton will not throw away his shot.

Want to learn more? Get the fabulous book Hamilton: The Revolution by Miranda and Jeremy McCarter, which among other gems notes that the “general” / “men are all (lining up)” rhyme in “Right Hand Man” is an improvement on “general” / “mineral” in The Pirates of Penzance. Hamilton is a revolution—but as revolutionary poetry, it echoes an earlier master.