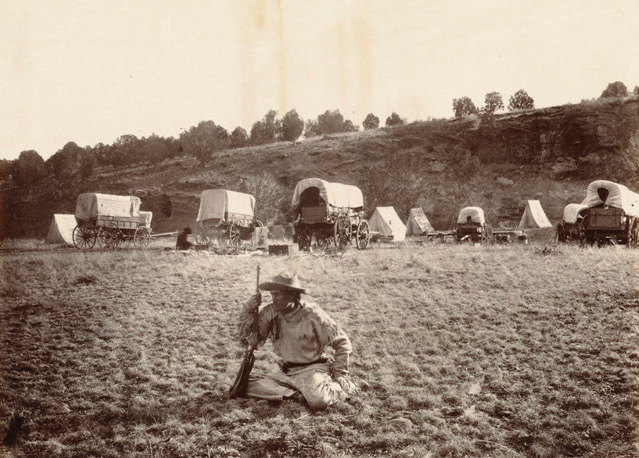 The hottest debate in academia the past week has concerned the appropriateness of a new article on “Frontier Culture” by Samuel Bazzi, Martin Fiszbein, and Mesay Gebresilasse. In his post on Monday, Jared unpacked the paper’s argument and summarized the diverse evidence the authors bring to bear on one part of Frederick Jackson Turner’s (in)famous thesis. It’s what we do at Broadstreet: reasoned commentary on important work in historical political economy. Yet I expect the Twitter wars to continue.

Is mutual antagonism between history and the social sciences the inevitable consequence of the historical turn in economics and political science? I don’t think so, but if the relationship is to survive, each side needs to try—seriously try—to understand the other. As Tracy and I discussed in our inaugural post, we have been working hard to foster that understanding in our community of scholars working on Imperial and Soviet Russia. Let me describe a few things I think I have learned about historians from that experience and from the historical turn in my own research.

With the advantage of hindsight, it was probably inevitable that a paper with “Frontier Thesis” in the abstract would provoke a firestorm. As I read the commentary by historians on Twitter, the use of a phrase so closely associated with the nineteenth century suggests acceptance of the murder and expropriation of millions of native Americans and the cultural attitudes of those who displaced them. For a social scientist, in contrast, the Frontier Thesis is a rich source of ideas for empirical work.

For better or worse, social scientists are just more comfortable separating the text from the author and his times. Indeed, they may not even remember the author! Here is a test: Ask a graduate student in economics to explain to you the roots of utility theory in moral philosophy. Most will be unable to do so. To a historian, I suspect, that is simply inconceivable—that Ph.D. training does not school students in the origins of the most fundamental ideas in the discipline. Indeed, to many historians, the origin of ideas is the question, not just useful context.

For those not in political science, comparative politics is the study of the domestic politics of countries other than the United States. (Weird, I know.) Traditionally, it was the preserve of political scientists who were especially good at languages and not particularly afraid of contracting malaria. Comparativists really knew countries; they were the scholars who got invited onto the evening news to discuss a crisis in some remote corner of the world. Somewhat uncomfortably, comparativists attended the same department meetings as Americanists, who knew fixed-point theorems and probability theory. Comparativists were skeptical that you could understand politics in their countries with those things.

Historians are kind of like that. Having invested in learning the trees, they are uncomfortable with attempts to statistically describe the forest; historians know facts, not “stylized facts.” Try discussing your weather variable with a demographic historian. He will tell you—and rightly so—that there are more types of bad weather than are dreamt of in your methodology. Your response that the weather variable is nonetheless highly correlated with grain production is likely to fall on deaf ears.

I suspect that some of the students who a generation ago would have gone into comparative politics today gravitate toward history. That’s fine: it is useful to have an academy sorted by interest and comparative advantage. But it means that the conversations that I remember from my graduate coursework in political science are today more likely to happen when historians and social scientists find themselves in the same room.

Historians believe that social scientists are inattentive to data quality

The typical historian does not understand how much social scientists obsess over the error term. Consequently, when they see that a social scientist has used some data source that historians know to be a mess, they assume they cannot believe the results. Garbage in, garbage out. The idea that one can statistically compensate for measurement error is learned in econometrics, not historical method.

I have experienced this in my own historical work, much of which examines the causes and consequences of peasant unrest in late Imperial Russia. The primary data source for unrest is a multi-volume chronicle of the “peasant movement” compiled by Soviet historians working during the Khrushchev thaw. Those historians, in turn, relied on a variety of sources, including reports by Tsarist-era provincial governors and secret police. There is a lot to worry about here: the incentives of Russian officials to report what they knew, differential capacity to monitor unrest across space and over time, the presence in the chronicles of politically irrelevant events alongside major disturbances involving thousands of peasants. I’ve heard it all.

The thing is, the chronicles give us a lot of leverage to deal with these issues. We know the archives on which particular entries are based, so we can aggregate up from events reported only by officials whom we presume—based on what we know from historians—to be less biased in their reporting. Moreover, when peasant unrest is on the right-hand side of the regression equation, we can exploit the historical record to locate plausibly exogenous variation in disturbances. Historians identify problems with the data, but they also (sometimes unknowingly) give us solutions. We should express our gratitude.

Hey, political scientists are deeply frustrated when economists “discover” a question on which political scientists have worked for decades. Economists are deeply frustrated when humanists base their understanding of the economy more on Marx than on Econ 101. We could do this all day. The point is this: If you want people to take you seriously, you need to signal that you have read and understand their work. With all due respect to Bazzi, Fiszbein, and Gebresilasse, who wrote a really careful paper, a single paragraph acknowledging that “Turner’s work has attracted immense attention and vast criticism” doesn’t send that signal. It certainly doesn’t capture the discipline’s rejection not just of Turner’s particular arguments, but of his way doing history, his school.

I understand that there is essentially zero publication incentive to devote space to another discipline’s debates, and that even those who want to do so may find that their editors disagree.1 Fine, but if we don’t, we shouldn’t be surprised if the other discipline returns the favor. Moreover, if we really are interested in learning the literature, we shouldn’t assume that we can do it on the cheap. Interdisciplinary workshops help, as Tracy and I discussed in our last post, but the best way to understand another discipline is to take a class. I was fortunate at Wisconsin to have an outstanding historian of Imperial Russia as a colleague. David McDonald let me sit in on his graduate seminar, where we read and debated the historiography of Tsarist Russia. It was the start of an education, still ongoing.

1 Still, with 50-page appendixes now the norm for empirical papers, perhaps we could spare a page or two in the appendix for a more substantial literature review that is signposted in the main text.