Russian intervention in the 2016 presidential election is the stain on Donald Trump’s presidency that will not go away. Trump will emerge from January’s inauguration viewed as an “illegitimate” president by large segments of the American population. But what does it mean to lack legitimacy? And does it matter? 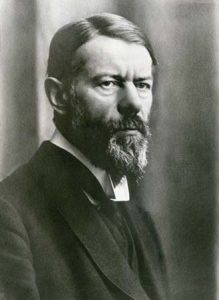 Any discussion of legitimacy begins with Max Weber, of course, and his ideal types of legitimate rule: legal, traditional, and charismatic authority. Legal authority underpins the right to rule in the American system. The perception that the electoral process may have been hijacked by a foreign actor undermines this authority.

So what? Birtherism led many to view Obama’s election as illegitimate, but he was nonetheless able to implement much of an ambitious agenda during two terms in office. The key, it seems to me, is that the “administrative staff” (i.e., the executive branch of government) never viewed Obama as an illegitimate president: they knew that Obama was a natural-born citizen.

The situation with Trump is different. As with any president, Trump needs at least some cooperation by the bureaucracy to get things done. But the bureaucracy will be at least as inclined as the general public to believe that Trump was illegitimately elected. This is especially true of the foreign-intelligence community, through which any evidence of Russian meddling will pass.

Now, the combination of professional socialization and career concerns will ensure that civil servants show up to work and do a good job. For some, however, “good job” may come to be defined as resistance to the agenda of what they view as an illegitimately elected president. Trump will push back, but civil-service protections will limit the coercion that he can apply. He may find that he is pushing on a string.