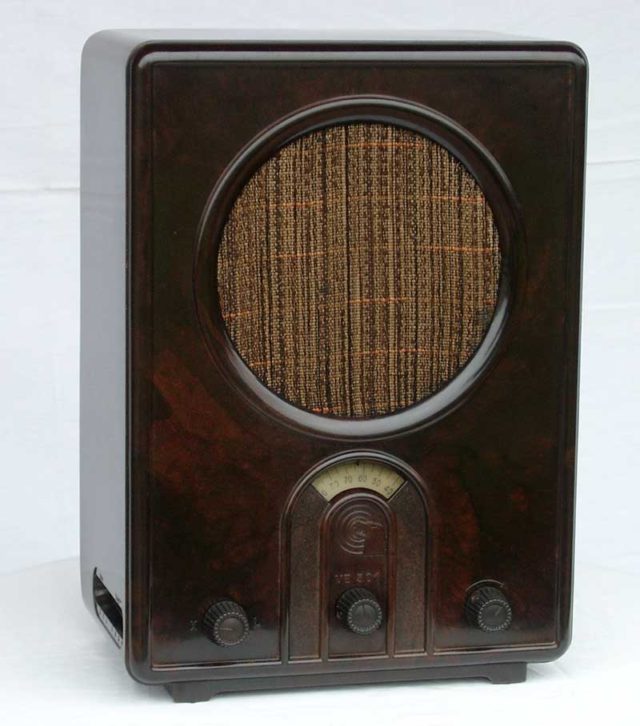 Among the numerous consequences of COVID for everyday life, there is this: Many Americans will not venture beyond their own dining rooms for Thanksgiving this year, and so will miss out on the opportunity to speak with someone whose political views differ from their own. I confess to enjoying these conversations—I even think I have learned a thing or two—but not everybody is a political scientist. More typical, I suspect, is the angst implied by an op-ed in The Hill last year, which offered advice on “How to Shut Down Your Trump-Supporting Family Member at Thanksgiving Dinner.” Dread at what Tucker Carlson and Sean Hannity have wrought since you last sat down to turkey and stuffing—this is the American holiday condition.

Listen, the Fox News effect is real, as Stefano DellaVigna and Ethan Kaplan showed in a much-cited paper. But we give too much credit to Roger Ailes if we grant magical powers to propaganda and misinformation. Political scientists should be especially skeptical—after all, it was William Riker who famously dismissed rhetoric in favor of the more consequential “heresthetic.” Skillful politicians, Riker argued, focus on out-maneuvering their opponents rather than persuading them. More recently, models of Bayesian persuasion have shown that biased information can be effective at changing the beliefs of even fully rational individuals, but there are limits: insist that the sky is always blue (or that a million people showed up at one’s inauguration), and people will tune out the message. Given a choice, they may even change the channel, as Konstantin Sonin and I argued in “Government Control of the Media”—a phenomenon currently at work in Belarus, as citizens desperate for information on COVID turn away from state media.

Historical political economy provides a useful vantage point on these issues. As Ali argued the day after the election, there is nothing older than fake news. And among the twentieth century’s numerous purveyors of a false world view, perhaps none is understood to be more successful than Adolf Hitler. Volker Ullrich’s magisterial Hitler: Ascent, 1889–1939 is typical in this regard. No crude propagandist, Ullrich argues, Hitler knows how to read the room: demagogic rabble rouser at the Hofbrauhaus, polite anti-Semite at the Wagners’ salon. Time and again, he moves his audience to tears, to anger, to action. Not least, there is the trial after the failed Beer Hall Putsch of 1923, when Hitler “use[s] the tribunal as pulpit” and “turn[s] a fiasco into a propaganda triumph.”1 After Hitler was released from prison, most of Germany’s federal states banned him from speaking in public, apparently fearing his words as much as his stormtroopers.

But how effective were Hitler’s speeches really? Not so much, argue Peter Selb and Simon Munzert in “Examining a Most Likely Case for Strong Campaign Effects: Hitler’s Speeches and the Rise of the Nazi Party, 1927–1933.” Employing a sort of differences-in-differences estimator that accounts for the deliberate allocation of campaign resources, Selb and Munzert find that Hitler’s campaign appearances—his speeches—had effects on Nazi vote share in the neighborhood of one percentage point. One percentage point. As Selb and Munzert suggest, if you can’t find strong local effects for speeches by a charismatic politician largely shut out of traditional media, you are unlikely to find them anywhere.

That said, maybe the point is precisely that the Nazis did not have access to radio before they were in power—an idea explored by Maja Adena, Ruben Enikolopov, Maria Petrova, Veronica Santarosa, and Ekaterina Zhuravskaya in “Radio and the Rise of the Nazis in Prewar Germany.” Certainly Joseph Goebbels thought radio important. After Hitler seized control of the country, Goebbels wrote, “Now it will be easy to carry on the fight, for we can call on all the resources of the State. Radio and press are at our disposal.”2 Yet the actual effects appear relatively small, though perhaps pivotal given the political instability of the Weimar Republic. Had Nazi propaganda not been banned in 1930, Hitler’s party might have increased their vote share on the order of four percentage points. Had Hitler not gained control of radio after being named chancellor in January 1933, the Nazis might have received three percentage points less support in the March 1933 elections. Perhaps more consequential is how Hitler and Goebbels subsequently used radio to build a narrative around public policy: In “Highway to Hitler,” Nico Voigtländer and Hans-Joachim Voth show that the impact of Autobahn construction on voting in the 1934 plebiscite was greater where radio was more available.

Adena, Enikolopov, Petrova, Santarosa, and Zhuarvskaya identify effects of Nazi propaganda not only via changes in the content of radio programming, but also through variation in access to radio. They further examine the influence of radio after the consolidation of Nazi power—and here is another lesson, one not immediately implied by models of Bayesian persuasion. Nazi radio encouraged various anti-Semitic acts in regions with a history of anti-Semitism, but actually discouraged it in areas without that history. The propaganda backlash implied by these results is not unique to the Nazi setting. In work on contemporary Ukraine, for example, Leonid Peisakhin and Arturas Rozenas find that access to Russian television increased support for pro-Russia parties in Eastern Ukraine among individuals with pro-Russian attitudes ex ante, but if anything decreased it among those with the opposite views.

All of these studies examine the impact of comparatively short-term exposure to propaganda. A further question is what effect long-term exposure might have. In “Nazi Indoctrination and Anti-Semitic Beliefs in Germany,” Nico Voigtländer and Hans-Joachim Voth demonstrate that Germans born in the 1920s and 1930—those who were exposed to Nazi propaganda as students and as members of the Hitler Youth—harbored more anti-Semitic attitudes decades later than did those who were born before or after the Hitler generation. Precisely because such exposure was universal, this sort of cohort analysis has its limits, though Voigtländer and Voth further show that the effects of growing up under Hitler were strongest in parts of Germany with a history of voting for anti-Semitic parties. As with radio, childhood indoctrination seems to have been most effective where there was fertile soil for Nazi propaganda.

One more caveat is in order: Studies of Hitler’s speeches or Nazi radio implicitly focus on top-down propaganda. A potentially more insidious form of persuasion exploits preexisting social networks. As Georgy Egorov and Konstantin Sonin show in unpublished work on “Persuasion on Networks,” propaganda can be most effective if it targets peripheral members of a network, such as those who might congregate in singers’ associations or gymnastics clubs. In the slyly titled “Bowling for Fascism: Social Capital and the Rise of the Nazi Party,” Shanker Satyanath, Nico Voigtländer, and Hans-Joachim Voth show that Nazi Party membership grew more quickly in towns and cities with an abundance of such groups. Apolitical organizations, in this telling, facilitated the “unplanned propaganda of daily social life” that brought the Nazis to power.

In the preface to Hitler: Ascent, 1889–1939, Volker Ullrich asks, given the surfeit of scholarship on Hitler, if yet another biography is needed. Recent work in historical political economy has illustrated that there is still much to learn not only about the Nazi leader, but also about such general topics as propaganda. Whether future biographers will incorporate this research into their understanding of Adolf Hitler—that will depend in part on social scientists’ power of persuasion.