I received a message this morning from a friend unable to start the day, so in despair was she over recent events. My response was curt: “Get out of bed and write a check to the ACLU. Then find a protest to join or a refugee center where you can volunteer. This is no time to be defeatist. This is a fight we can win.”

That’s how I feel, but I owe my friend a justification for my optimism (and an apology for my curtness). As others have noted, what we have seen over the past eighteen months fits the pattern of creeping authoritarianism. The systematic violation of basic democratic norms—this is how democracies die. Those who do not yet see this as an existential threat (I’m looking at you, Paul Ryan) do not know their history. 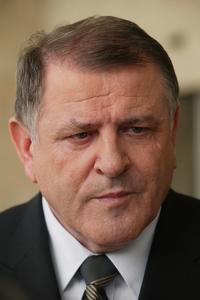 But there is an important point missing from this discussion: Not every would-be authoritarian is successful. Consider the story of Vladimir Meciar: three-time nationalist prime minister of Slovakia, a populist with authoritarian tendencies…in short, the Slovak Trump. I lived in Prague for two years in the mid-1990s, when the papers were full of horrifying stories from neighboring Slovakia. There seemed to be little hope that Slovakia would soon join the community of Western democracies and every reason to suspect that Slovakia was sliding into tinpot dictatorship.

It didn’t happen. Vladimir Meciar is today the former leader of the former ruling party of a democratic Slovakia fully integrated into the EU and NATO. Meciar failed because of democratic institutions that proved surprisingly capable of accommodating opposition to his rule. He retained a base of support well into the new millenium, but by 1998 he had been cast out of polite political company; he could no longer build a ruling coalition.

If the Slovak public, less than a decade removed from communism, could defend their young democracy, then should not we be able to do the same? For all the problems with American democracy, the opposition to Trump possesses structural advantages of which dissidents in other countries can only dream: subnational governments firmly in control of the opposition party, media outlets that are privately owned and thus harder to fully capture, a dense organizational life to support collective action…It’s going to be a fight, but it’s a fight that America can win.