So, it’s looking like the establishment will have its revenge on Trump. Trump is no Hitler in an important respect: he has no party of his own, just the one that he seized during the election, and so he is reliant on Republican regulars to staff the federal government. That’s not a happy outcome for progressives—it is important to emphasize that today’s Republican Party is far to the right of where it was a few decades ago—but it’s not that different from what would have happened with any Republican president.

But Trump’s victory carries the stench of the 1930s in another sense: the increase in hate crimes since the election. This is what happens when a political candidate runs a hate-filled campaign and wins. The bullies feel liberated to say and do what they have been told for years that they cannot. Now, I’ll be the first to argue that many Trump voters are well-intentioned and generally good folk who voted for the GOP candidate only because he wasn’t Hillary Clinton, but that’s probably not the way that the guys painting swastikas on dorm-room doors see it. Their candidate won, and that justifies removing the shackles that society has placed on them. 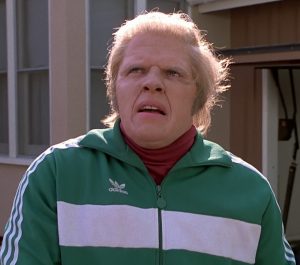 In one important sense—that they have been shackled—the bullies are right. One of the functions of political and social institutions is to keep the bullies from exercising the same behavior as adults as they did as children. Biff Tannen may be the terror of the high-school cafeteria, but thirty years later he is just a cog in the machine. He chafes at his loss of power, but “political correctness” demands that he not act on his instincts.

Every once in awhile, these institutions break down. I saw it in Russia in the 1990s, when economic power was exercised by poorly-educated men with guns. The deeply irreverent expatriate newspaper The eXile provided restaurant ratings that, among other criteria, told you how likely you were to run into a “flathead,” that is, a violent man with a crewcut who earned more in a week than most Russians did in a year. As the Russian sociologist Vadim Volkov brilliantly documented, the emergence of this social class had much to do with the disappearance of the sports clubs that kept these men otherwise occupied, at the very moment that the norms of Soviet society were also melting away.

For November 2016 not to be remembered as such a moment, the bullies must be firmly reminded of the rules of American society. I have little hope that Trump himself will deliver this message, so it is going to have to come from others. That is the real test of the Republican establishment that looks ready to help Trump govern.

Update: To my surprise, Trump told the bullies to knock it off: “I will say this, and I will say right to the cameras: Stop it.” Words are important, and these are the right words. But so are actions, and none speak louder than the appointment of Steve Bannon as chief strategist to the president.