Nice catch by Max Trudolyubov, who notes that the Kremlin may have mixed feelings about Donald Trump’s victory. As Konstantin Sonin and I discussed a couple of weeks ago, Trump’s campaign rhetoric of a rigged system played right into Putin’s hands. The goal of Kremlin propaganda is not to convince Russians that their elections are free and fair—they know that they are not. It is to convince them that elections everywhere are rigged. That’s just how democracy works. 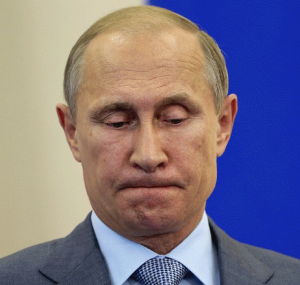 Now Trump has won. What inference should the Russian public draw from this surprising turn of events? That elections in the U.S. are not so rigged after all? But then if the Russian media were lying about U.S. politics, maybe they are lying about other matters as well. Or that it is possible to seize power even in a rigged system? That seems even more dangerous to the Kremlin.

Funny thing is, we’ve been here before. I remember when many Russians assumed that there was no way that a former community organizer—an African-American, to boot—could win the presidency. Barack Obama proved them wrong, and made American democracy look better in the process. Imagine if the election of America’s birther-in-chief had the same effect.