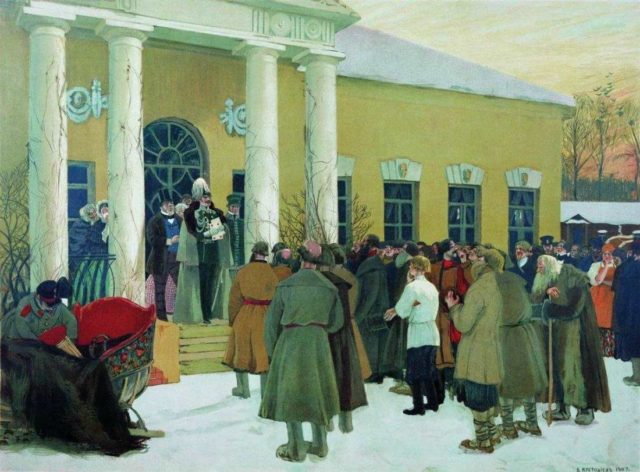 Climate change, racial equity, immigration, healthcare: Joe Biden has a lot on his plate beyond bringing the pandemic to an end. In possession of the narrowest of majorities in the House and a ten-seat deficit in the Senate on all business that can be filibustered, the temptation will be to bypass the legislative process and rule by executive order. With a restive Democratic base pushing for action, such a strategy would seem to offer the best hope of notching some quick wins. But there is risk in this approach, even beyond the likelihood of reversal when a Republican next sits in the White House—the possibility that those responsible for implementing policy will be less attentive to an executive order than to legislation. As Barack Obama relates in A Promised Land, this is why he ultimately sought a legislative repeal of Don’t Ask, Don’t Tell—Bill Clinton’s pained compromise on gay, lesbian, and bisexual service members—rather than simply to suspend discharges based on sexual conduct.

Half a loaf is better than none, you may respond, and from a policy perspective that may be right. The politics, however, are more complicated. Once set in motion, reform represents a promise that its intended beneficiaries expect to be kept. Politicians who raise expectations but fail to meet them do so at their peril, as the members of the French National Assembly who rashly declared the end of feudalism in August 1789 soon discovered. Such a promise could not be met in an environment of rapidly disintegrating state authority; the failure to live up to the implicit contract represented by that promise contributed to the collapse of the old regime.

We explore this and other cases in recent work on Reform and Rebellion in Weak States, a short book in the series Cambridge Elements in Political Economy. Revolutionary France, Ancient Rome, Ottoman Turkey, Latin America: the pattern we describe appears in myriad environments. Sometimes, reform promotes rather than upends social stability, as improvements on the status quo encourage those who would rebel instead to stay home. But when those with a stake in the status quo have the ability to block reform’s implementation, the result is often unrest—this even though rebellion is itself costly to reform’s opponents.

We see this play out most clearly in a particular case of reform for which we have detailed data on unrest: Tsar Alexander II’s emancipation of Russia’s serfs in 1861. Our discussion in Reform and Rebellion in Weak States builds on our earlier analysis with Tricia Olsen, in which we first asked, “Does Reform Prevent Rebellion?” The key feature of Russia’s emancipation reform is that the newly liberated serfs were promised use rights in, and eventual ownership of, land previously held by the nobility. The tsar and his ministers, conscious of the perceived failure of earlier “landless” emancipations, considered land reform essential, but the actual process of carrying out this complicated policy lay substantially with the nobility whose privileges were at issue.

Russia in the mid-nineteenth century was a poor country with very limited state capacity outside of St. Petersburg, Moscow, and a few provincial capitals. Put differently, the nobility were themselves the state where it most mattered for reform: on the estate itself. The reform statutes required that the landlord and (largely illiterate) peasant community draw up “regulatory charters” (ustavnye gramoty) specifying land allotments and obligations. In principle, a newly created institution of “peace arbitrators” (mirovye posredniki) was to mediate between landowners and peasants, helping to ensure an implementation of reform consistent with its intent. In practice, the peace arbitrators—Leo Tolstoy was one—were often sidelined or even run out of town by the local nobility.

The upshot of all this is that the nobility ran roughshod over the process, especially where the land was fertile and worth fighting over. Allotments were gerrymandered so that landowners got the best land; in some cases, peasants had access to less land after emancipation than before. Such outcomes fell far short of what the peasants felt they had been promised when the tsar’s Emancipation Manifesto was read out in Sunday church services across the Empire. The resulting grievances generated a wave of unrest that required numerous local police and more than eighty infantry and cavalry regiments to suppress.

From an econometric perspective, we can see the causal effect of reform on rebellion by comparing unrest among (former) serfs before and after emancipation, versus that among an equally numerous population of peasants who resided on state land and were not directly affected by reform. Among the former, there was an enormous increase in refusals to till the land and provide other obligations to the landowner, as well as outright acts of theft and violence; among the latter, crickets. Moreover, we can peer into individual events using the descriptions provided by the Soviet historians who assembled the chronicles on which our data are based. In early and mid-1862, when the terms of the regulatory charters were being finalized, we see a spike in events in which archival records indicate that peasants were rejecting the terms of emancipation.

So, to everybody in government, be careful what you promise—and understand that reform itself is the promise. Clearly articulating the goals of reform can incentivize those with responsibility to implement it, but it can also create disappointment if—when—agents of the state nonetheless drag their feet. Most important, if there is a choice between a short road and a difficult path to the same end, take the long way if doing so leaves less discretion in the hands of those who would frustrate reform, or creates institutions to monitor the same. Those you intend to help will thank you.